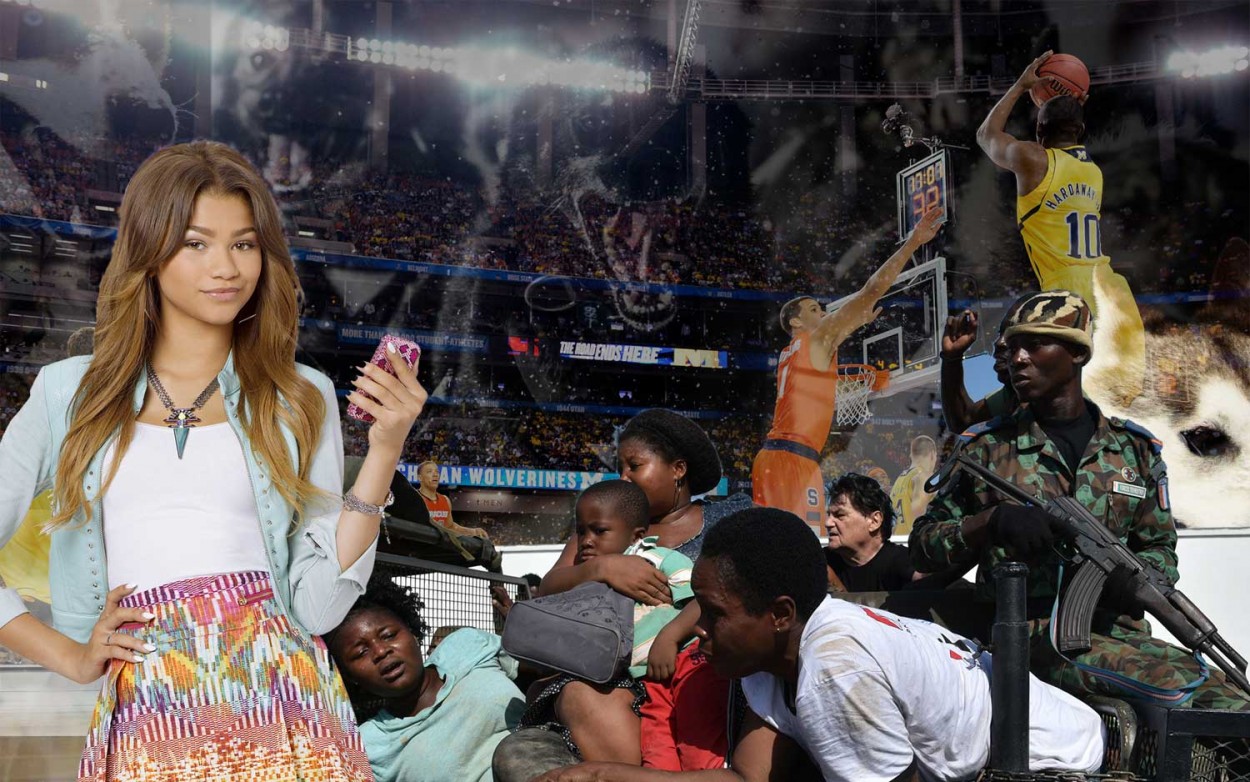 Zendaya “She smells like patchouli oil or weed. Maybe weed.”

Beach massacre in Ivory Coast “It was a beautiful day. People were having Sunday brunch by the pool, or swimming in the sea. And it just turned into mass carnage.”

Iditarod – “attack last weekend by a man on a snowmobile lasted for hours, and she felt like a hostage in the Alaska wilderness.”

NCAA -“You look at everyone’s body of work like you look at a player,”