This amazing event is part the largest religious festival in the world called The Kumbh Mela. It includes over 100 million people. 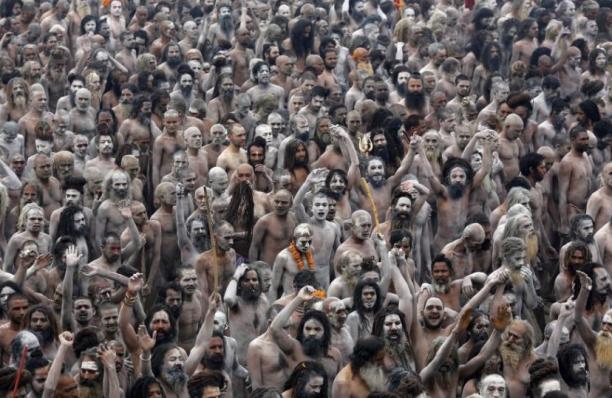 The word Kumbh means pot and or pitcher. Mela means a festival and or fair. This Hindu festival of the Pot is related to the pot of nectar and or immortality.

Apparently, a main goal of the festival is to join in a ritual purification bath to help wash away sins. 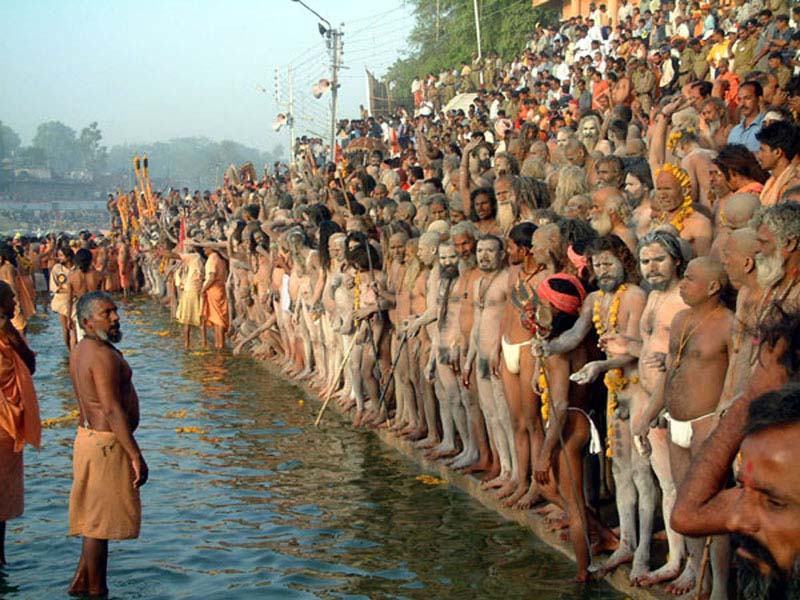 The festival has grown significantly over the years attracting Hindu pilgrims from around the world. 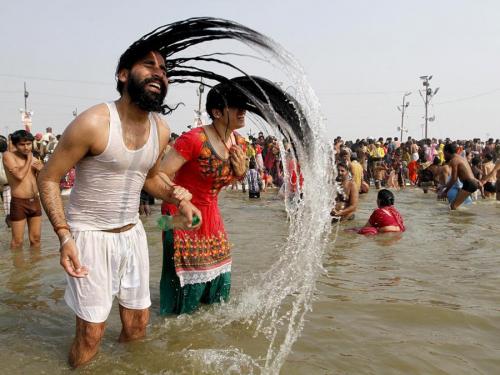 The scale of this event is astounding. Imagine the entire population of NY state X5!, or more people than visit Disney World Each  YEAR in one place! 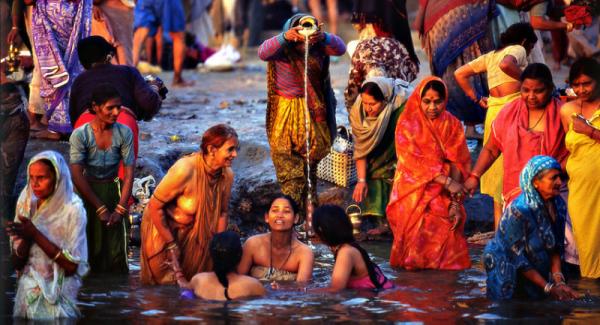 As you can imagine an event of this size has some logistical problems. In fact, back in 1954 approximately 500 people were trampled to death at Kumbh Mela. 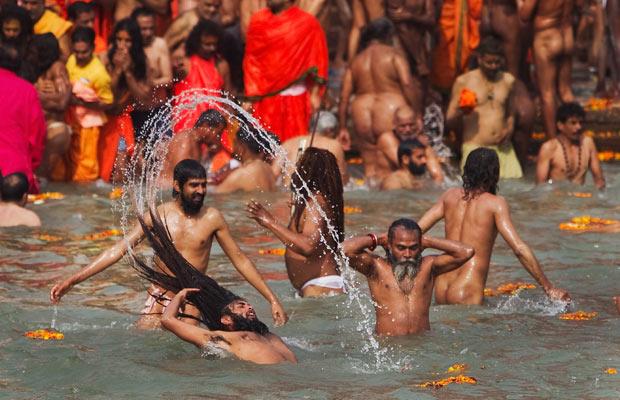 Things are much better these days. In 2013 only 39 people were trampled to death.

As one of the largest public events on the planet you can be sure to find all kinds of interesting situations. 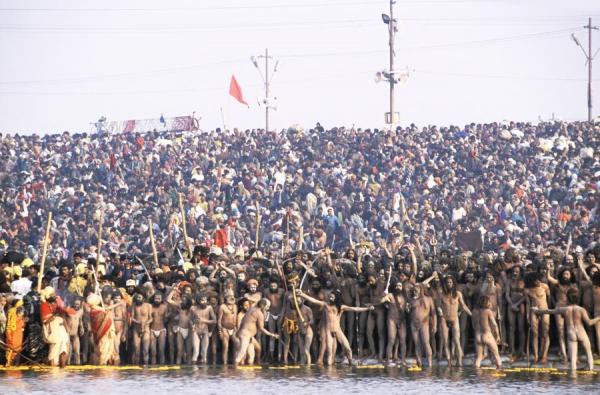 No worries through, this event has been going on for many years. Organizers have a plan for everything. They even have a Dead Body Disposal Policy just in case. 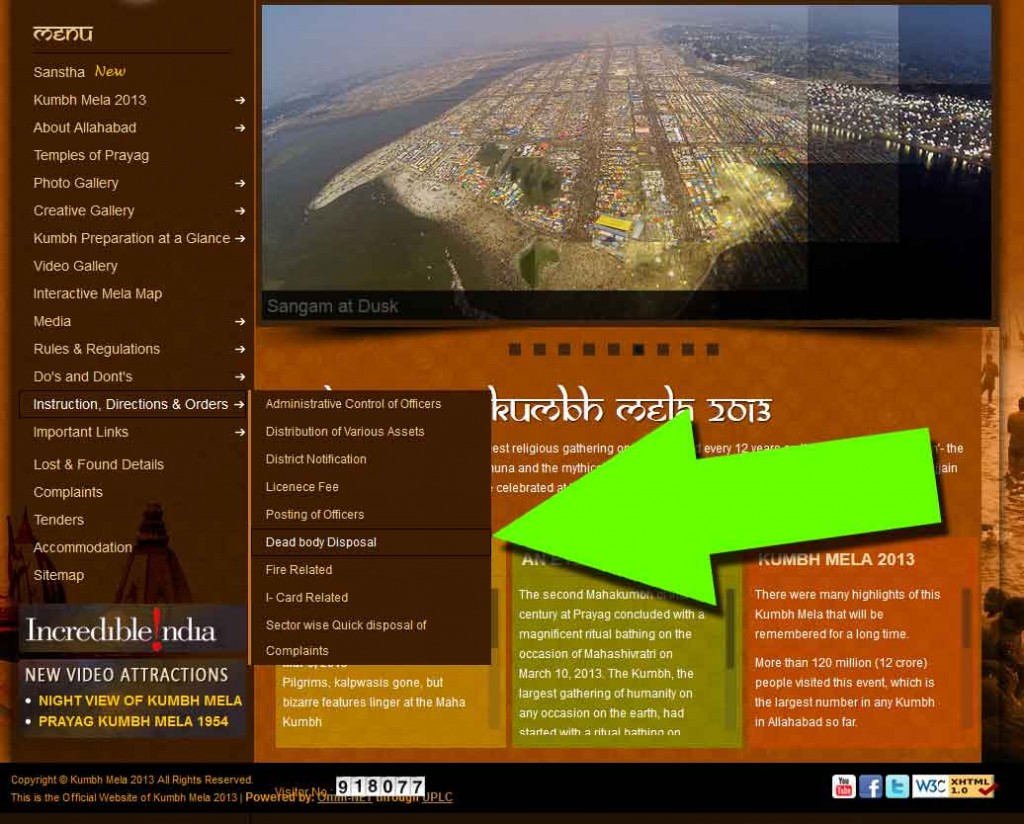 Visit the official  Kumbh Melasite at kumbhmelaallahabad.gov.in for more information on this amazing event.