It is illegal to make fun of this man on Facebook 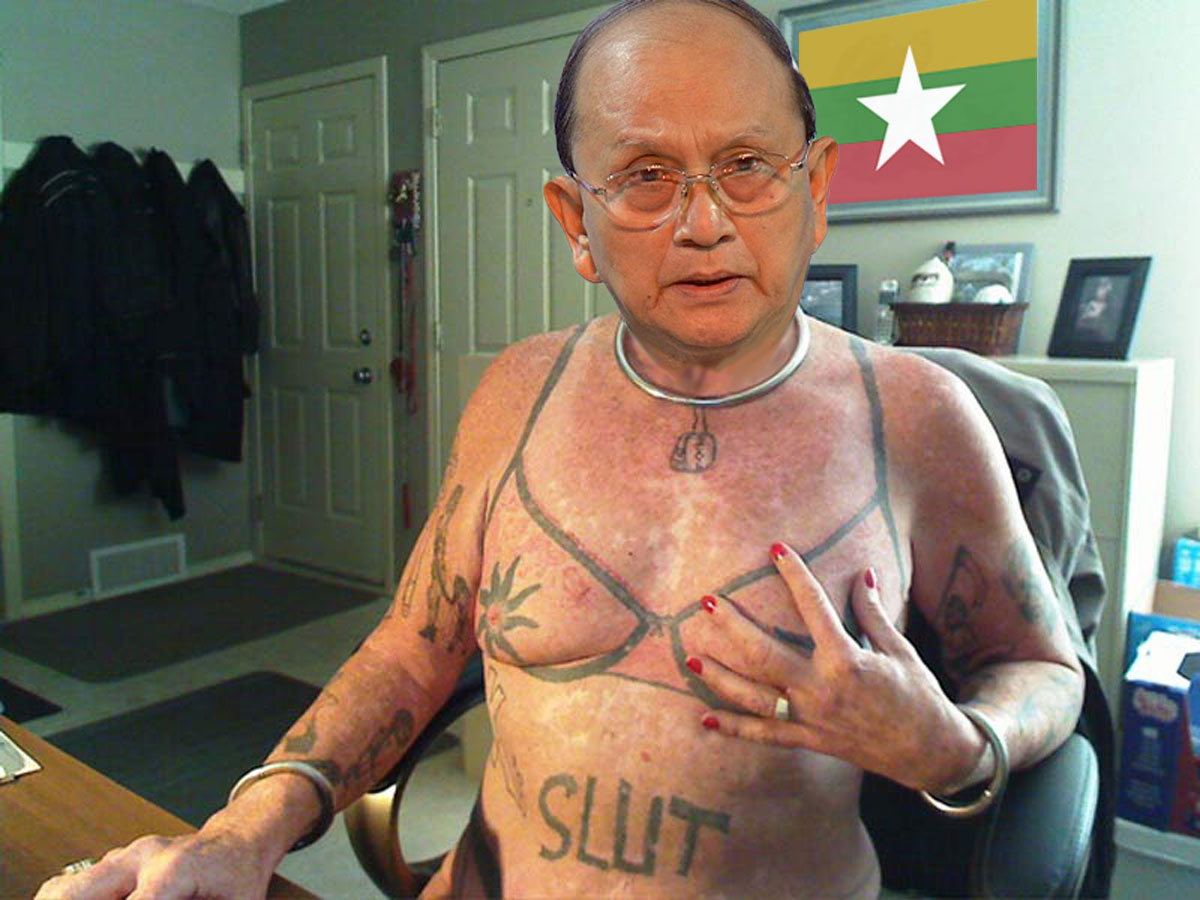 The Myanmar (formerly Burma) government is arresting people for publishing critical posts about them on Facebook.

Posting any sort of satire or criticism can get you a minimum three years in prison.  One young poet is wanted by the police for suggesting a tattoo of the president would be best placed on his penis. Others activist have been incarcerated less critical comments on Facebook. If you plan on vacationing in Myanmar please avoid posting about it on Facebook and please do not get a tattoo of president Thein Sein on your penis. As you can see in his selfie, he only likes tattoos above the waste.

To learn more about militant Buddhist monks, ethnic cleansing, government sponsored genocide and how to get arrested from posting on Facebook check out the links below.

Source: Burmese poet goes on the run from police after posting a verse online