Did you hear about the Islamic Eugenic UFO? – Apparently Obama Has the Key To Ezekiel’s wheel

In a weekly online sermon last month Louis Farrakhan published an usual request to President Barack Obama. The Nation of Islam leader is asking the President to open Area 51 for scientific examination. Farrakhan seems to believe Area 51 will help facilitate Gods plan for racial genocide.  Area 51 is a military based in Southern Nevada with long history of UFO conspiracy. Louis Farrakhan has a long history of unusual comments on UFOs.

He believes Ezekiel’s wheel, also known as the “Mother wheel”, is a biblical war machine designed to “rain destruction on white America”.  Farrakhan claims the term “UFO” is a white term used to describe biblical technology. A few more amazing claims about the Mother Wheel. It was made in Japan so you know it is expensive. Fifteen billion dollars to be exact and of course payment was made in gold. God does not take Bitcoin. Farrakhan goes into excruciating detail on these topics in his year long sermon “Time and What Must Be Done.”

So what does this all mean? God and aliens hate white people? Is there  some sort of white God with a white space ship for the final showdown? If removing white people will improve the human race, I would expect God to come up with a more practical solution like killer white hemorrhoids or something awful yet well designed.

A giant spaceship to rain destruction sounds a bit melodramatic and just plain messy.  Who have white people been praying to all these years?  Do white people need a new God or can they get some sort of day pass? What about the President, he is black and white? What happens to him in this racial cleansing? Ezekiel’s wheel could become racially confused and put him in the wrong group.

We commend  Mr Farrakhan’s quest for scientific truth but we are not sure he will get into Area 51 this way. To learn more about this topic please read  Farrakhan Asks President Obama to Open Area 51 and Reveal its UFO Secrets by Alejandro Rojas. 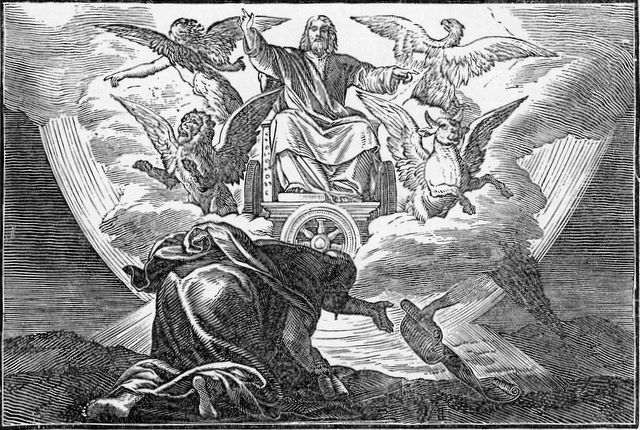