“Touchdown Jesus” is a nickname for the Word of Life mural that can be viewed from the football field at. Notre Dame Stadium.  Installed in 1964 on the Hesburgh Library, the mosaic mural wall looms over the stadium, mirroring the raised arms of a referee signifying a touchdown. The art work was a gift of Mr. and Mrs. Howard V. Phalin of Winnetka, Illinois 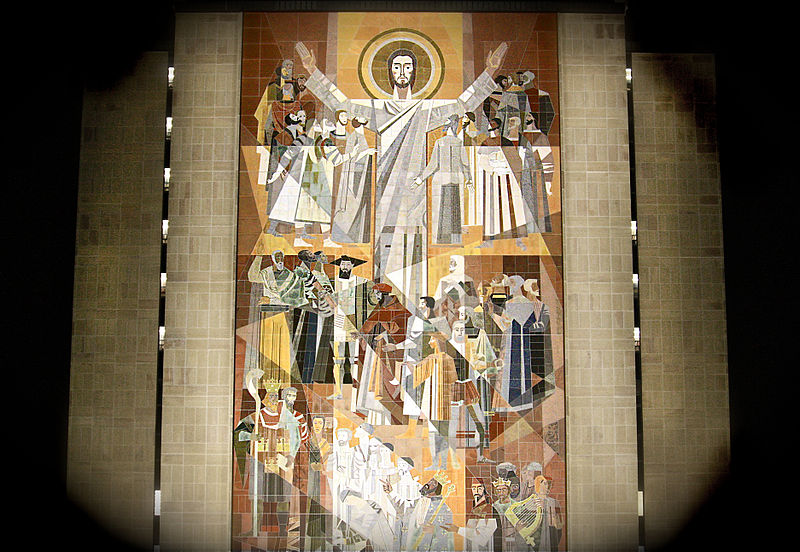 The term Touchdown Jesus is also the nickname for the giant King of Kings 62-foot tall statue at the Solid Rock church near Monroe Ohio. 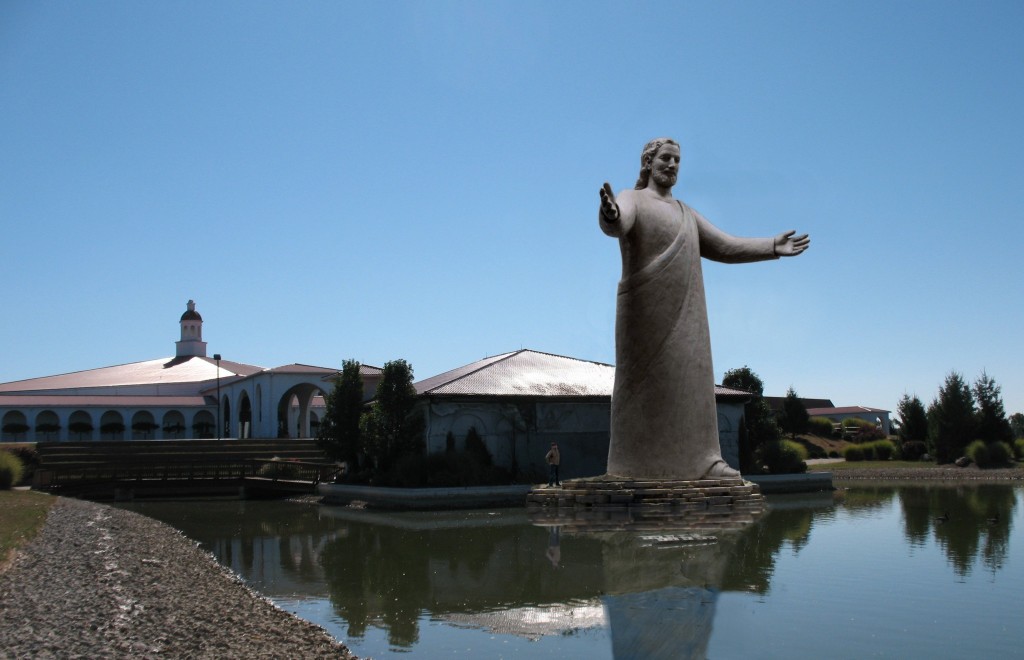 The giant statue was burned to the ground in a tragic twist of fate one dark night.  What appeared to be a catastrophe, was quickly turned into a modern miracle when the statue was reconstructed even better than before. Check out this amazing resurrection story of the Touchdown Jesus.